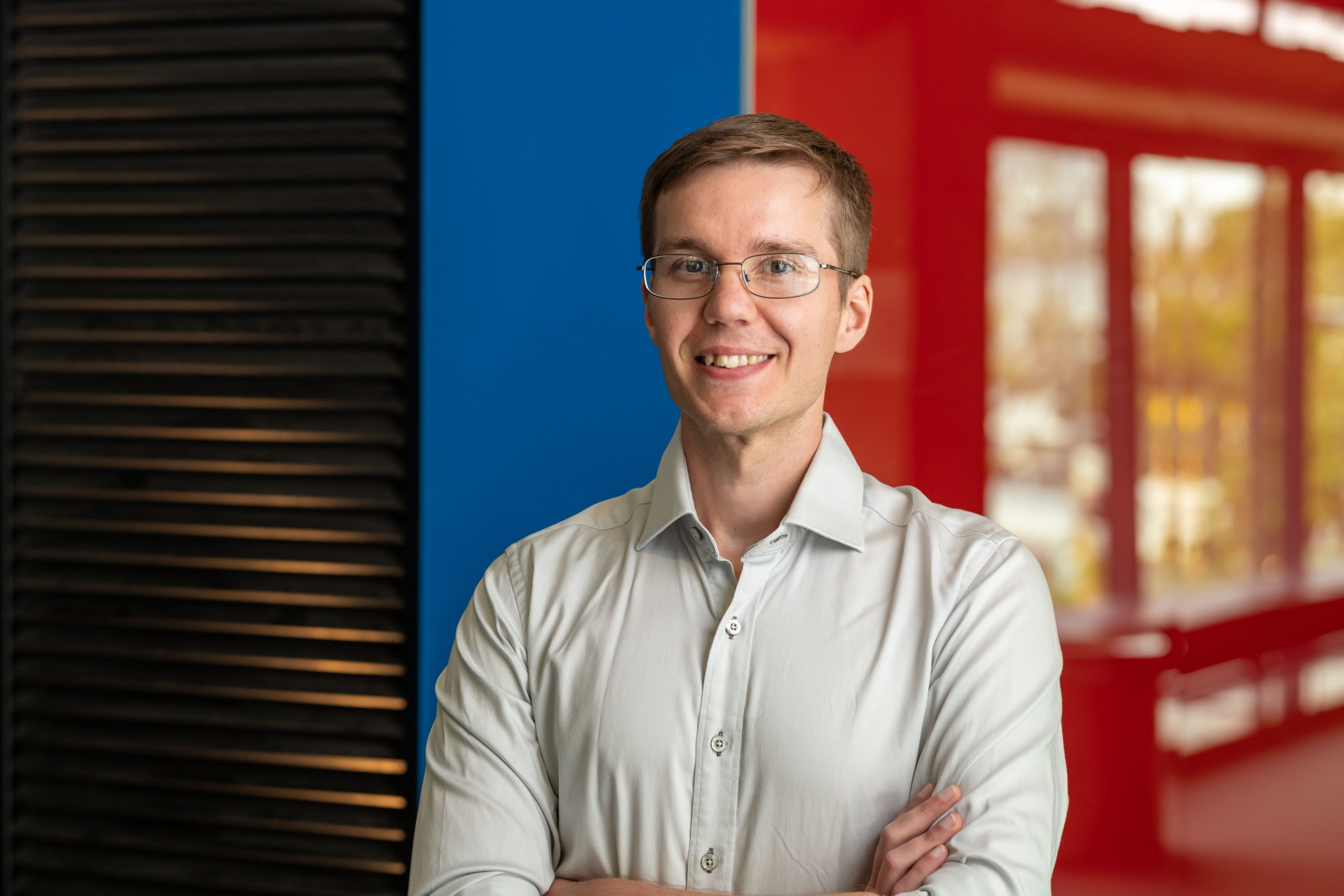 A University of Auckland scientist, who has made pioneering contributions towards the development of new laser technologies, has won the Prime Minister’s MacDiarmid Emerging Scientist Prize 2019.

Dr Miro Erkintalo, a senior lecturer at The University of Auckland, researches and develops new kinds of laser devices that could enable a host of new and improved applications, including faster and cheaper internet.

“The internet and communications as we know them today are enabled by lasers. If we didn’t have lasers, we wouldn’t have Facebook, Netflix, Spotify, or any of those platforms.”

Among Dr Erkintalo’s achievements is the introduction of a theoretical model for the description of a ground breaking new technology that can convert a single laser beam into hundreds or thousands of beams with different colours.

The technology, known as a microresonator frequency comb, has potential to be used in many applications, including in self-driving cars to determine distances and detect obstacles.

In telecommunications, the technology could enable systems that are cheaper and more energy efficient than those used today.

“Existing telecommunication systems use hundreds of lasers with different colours to increase the amount of information that can be transmitted through a single optical fibre.”

“With microresonator frequency combs, we can potentially reduce the number of lasers needed from hundreds to one, thus improving the systems’ cost and efficiency.”

The theoretical model introduced by Dr Erkintalo and his colleagues is today used by researchers around the world to design microresonator frequency combs and to understand their behaviour.

He says he’s proud of his team’s advancement of the technology. “This is really a global research effort, but we have made many contributions to the field, and I am proud of that because this technology will be really valuable for all of us in the coming decades.”

A nominator for the award, Professor Roberto Morandotti, of Institut National de la Recherche Scientifique in Montreal, says Dr Erkintalo’s work is world-leading, and that his research on microresonator frequency combs has had a huge impact.

“These micro-combs are projected to have a big role in numerous future technologies. His work on their numerical modelling is therefore quite likely to have wide societal impact as well.”

Besides microresonator frequency combs, Dr Erkintalo has made pioneering contributions to several other areas of optical engineering and laser physics.

With his colleagues, Dr Erkintalo has designed and developed new low-cost ultrashort pulsed laser devices that offer benefits for applications in the processing and microscopy of materials, and made significant contributions to the experimental study of so-called temporal cavity solitons that could enable futuristic light-based memory devices.

Dr Erkintalo has published more than 70 articles in peer-reviewed journals, including highly respected and selective journals Nature Photonics and Physical Review Letters, and collectively his articles have been cited more than 4000 times, described as quite extraordinary by his peers for an emerging researcher.

Dr Erkintalo has also been invited to deliver presentations at 23 international conferences and workshops.

Dr Erkintalo says he feels privileged to have many world-leading collaborators and students to work with in New Zealand. ”All of us bring our own distinct skills and expertise to the table, and together we are able to achieve better outcomes than any of us could achieve on our own. Science is really a team sport.”

He says all of the world’s top universities have big research programmes in laser physics, but New Zealand is world-leading in several niche areas. “New Zealand has a very successful history in quantum optics and laser physics, and this is a great place to do this type of research.”

Dr Erkintalo is principal investigator at the Dodd-Walls Centre for Photonic and Quantum Technologies, a national Centre of Research Excellence involving six New Zealand universities, hosted by the University of Otago.

He has won several science awards over the past 10 years and been the recipient of two Marsden Fund grants and a Rutherford Discovery Fellowship from the Royal Society of New Zealand Te Apārangi.

Most of the $200,000 prize is projected to go towards exploring a new type of a microresonator frequency comb architecture at The University of Auckland.