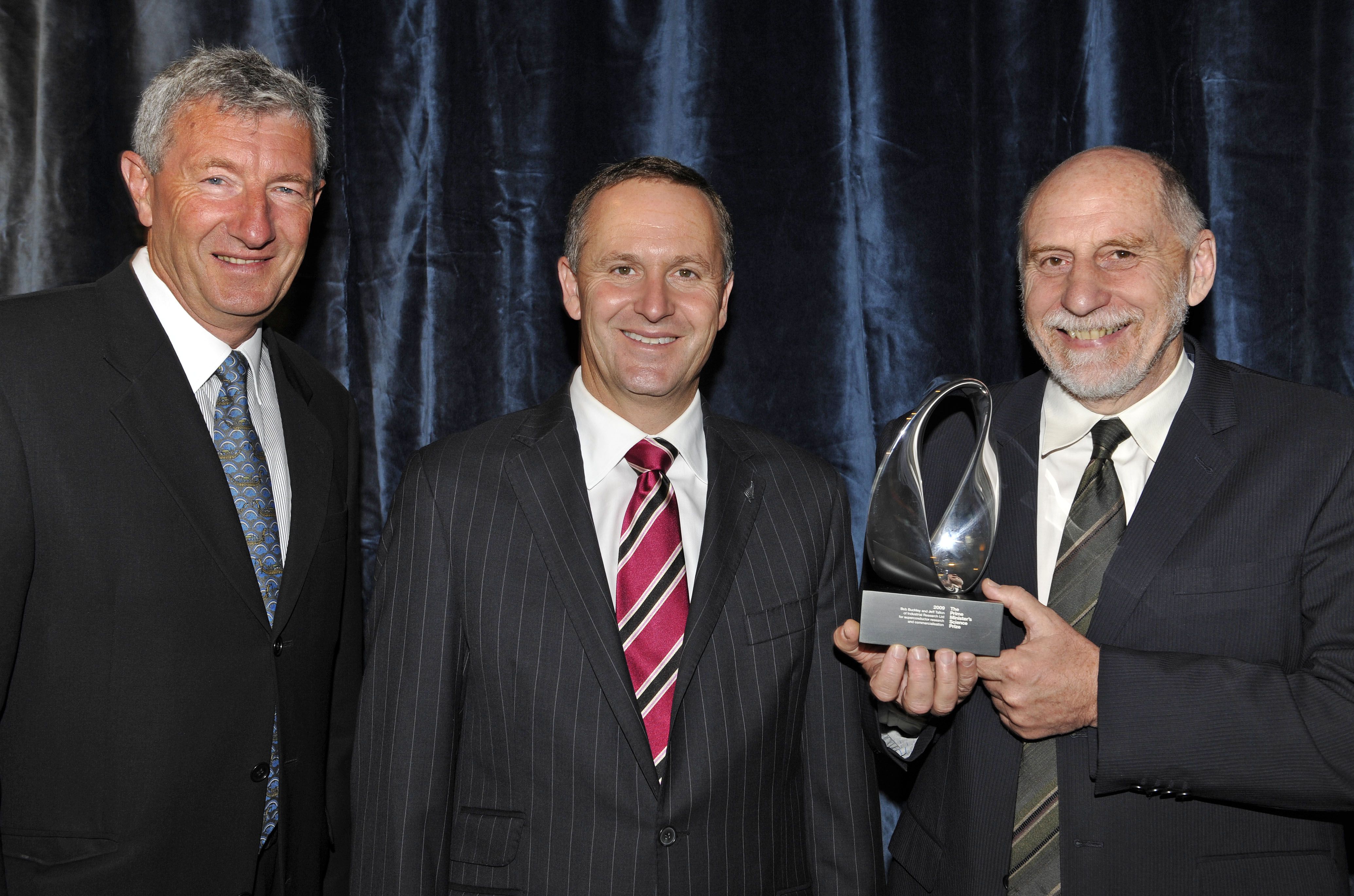 A pair of scientists who has put New Zealand at the forefront of the global roll out of revolutionary new power technology have been honoured with New Zealand’s most valuable science prize.

Dr Bob Buckley and Dr Jeff Tallon, who have led Industrial Research Limited’s (IRL) superconducter research and commercialisation activity for more than 20 years, have won the inaugural Prime Minister’s Science Prize. They receive prize money of $500,000, with $400,000 of it going to IRL for continued development of the technology.

Since 1987, Dr Buckley and Dr Tallon have made a string of discoveries in the field of high- temperature superconductors (HTS) and used them as a platform to establish world-leading export businesses in HTS products. The cumulative GDP impact of New Zealand’s HTS industry is conservatively estimated to be worth around $80 million with the potential to grow revenues to $200 million this decade.

As well as contributing knowledge to the fundamental understanding of HTS, Drs Buckley and Tallon have been at the cutting edge of developing real-world applications.

New Zealand is now one of only a few countries commercialising HTS. IRL spin-out company HTS-110 is the world’s leading manufacturer of HTS-based magnet systems for scientific and industrial applications. A joint venture between IRL and General Cable New Zealand – General Cable Superconductors Limited – is the world’s only manufacturer of a particular type of HTS magnet cable that can carry high currents and is used in motors, generators and transformers.

A range of local companies around New Zealand are benefitting from IRL’s lead by providing components and services to support HTS manufacturing.

The IRL team’s HTS discoveries in the late 1980s were made at a time when almost every university, government and corporate research laboratory in the world was launching an HTS research and development programme and there was an international race to crack the secrets of the technology.

Dr Buckley says New Zealand has maintained its world-leading position by persevering when the going got tough.

“Getting HTS into a useable form proved to be much more difficult than originally thought and a lot of the research interest dropped away. We had a real passion, a good mix of knowledge about both the fundamental science and how to apply it, and an incentive from partners and investors who wanted us to come up with products.”

The team’s tenacity included a 14-year international patent battle to secure recognition of one of the early discoveries made by Drs Buckley and Tallon.

Dr Tallon has continued leading fundamental research into HTS, which remains one of the most important unsolved problems in science today, while Dr Buckley has driven commercialisation efforts.

Dr Tallon says it has been incredibly exciting to help establish a high technology industry in which New Zealand is a global leader.

“This is not a traditional area of expertise for New Zealand. In high-tech products, New Zealand usually has strengths only in niche areas but with HTS we really are leading the way on a broad front.”

Dr Buckley recalls: “When I was a graduate student we used to sit around and talk about superconductors and what they could do and now it’s actually happening. It’s been extraordinarily fast development for such a complex area of science. HTS has huge global potential and, with the right investment and support, New Zealand is ideally placed to benefit from its uptake.”

He says in addition to industrial uses, HTS can be used to transmit the large amounts of power needed by dense urban areas in the future, particularly as electric-powered transport becomes more common.

The IRL team plans to use the $400,000 of prize money tagged for ongoing development of HTS to establish a national, dedicated facility for research under extreme conditions including high magnetic fields, high pressure and low temperature, which use powerful HTS magnets. Dr Tallon believes the facility will attract young New Zealand and international scientists and help New Zealand maintain its world-leading position with the development of HTS technology.