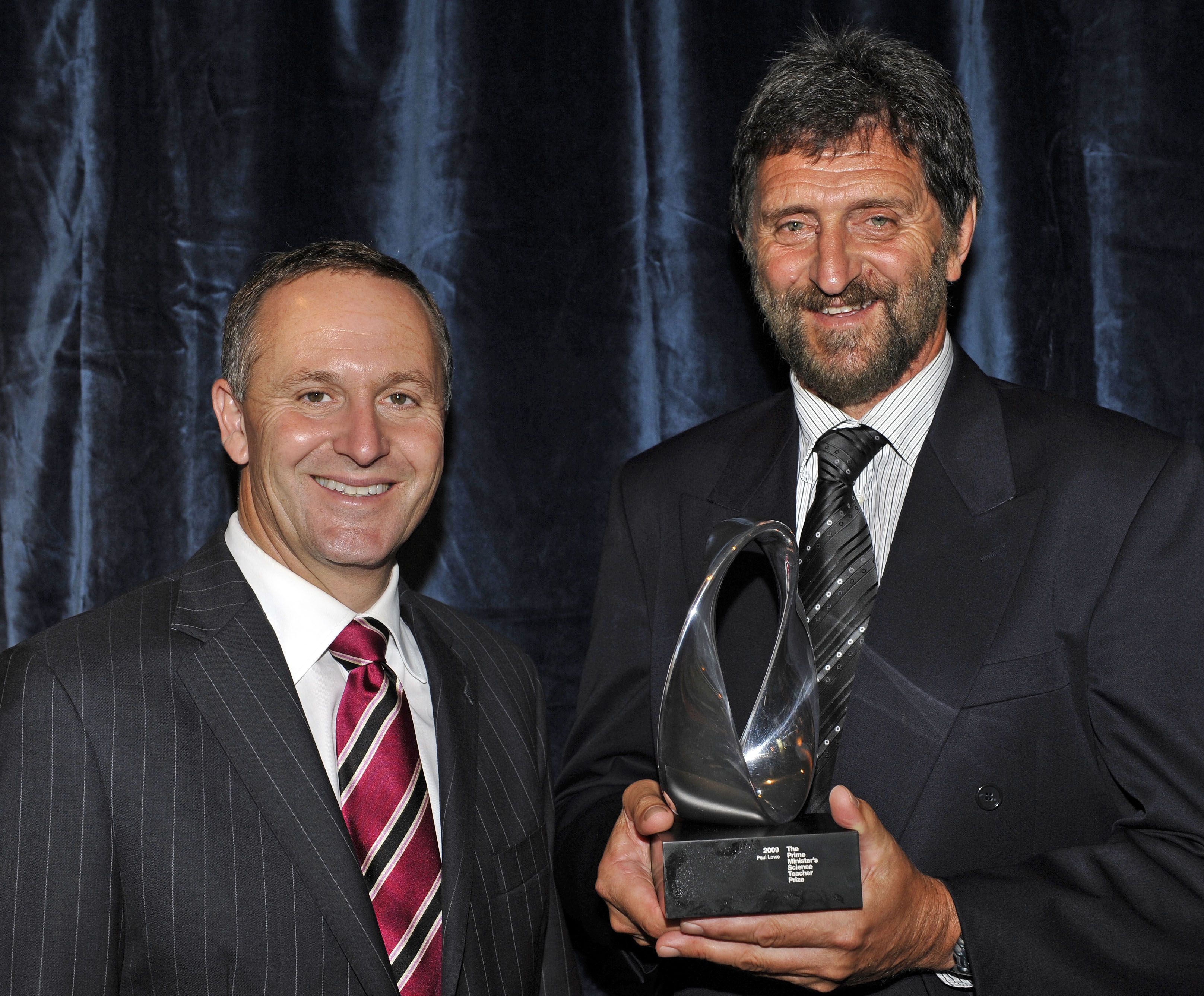 A secondary school teacher who has turned science into a popular subject and made it a favourite even among habitual troublemakers, has won the inaugural Prime Minister’s Science Teacher Prize.

Paul Lowe is so driven to help students of all abilities enjoy science that he has completed doctorate research and developed new teaching programmes that have resulted in higher grades and greater enthusiasm for his pet subject.

The key to Dr Lowe’s successful teaching strategies is to have students working in teams, to problem solve and take responsibility for their own learning.

“It’s also about allowing what is relevant to kids to come into the classroom,” says Dr Lowe, who has linked issues such as swine flu, energy efficient homes, tsunami safety and bush fires to curriculum learning. During the 2008 Olympic Games, his students studied human physiology, examining training regimes that enable optimum athletic performance. Other pupils have gone gliding to study physics, caving during chemistry and camped at Goat Island marine reserve at Leigh, north of Auckland, to learn about biodiversity.

Dr Lowe encourages students to seek out their own resources. They use technology such as podcasts, animations and Skype and work closely with Dr Lowe’s network of scientists around the Waikato region and beyond.

“I was sick of seeing kids who hated science,” he says.

“Kids’ achievement will improve if they understand the aim of their learning and how they can achieve their goals.”

Students work in self-selected teams “because kids like working with their mates”.  There is plenty of self assessment and each member gains the team mark for projects.

“They will be really tough on each other if one isn’t pulling their weight,” says Dr Lowe, dismissing concerns that the workload may not be evenly shared.

Teams of top Year 10 students from up seven schools have been using Dr Lowe’s problem-based, learning-in-teams approach for five years. Sixteen schools are part of a similar programme for mixed ability science classes, now in its second year. Data collected from 320 students on their engagement, enjoyment and learning showed the curriculum level at which the students are working has improved markedly and 75 percent ranked science the most popular of their core subjects. One group of low ability kids who were constantly getting detentions began queuing up at lunchtime to do extra science work.

“For too long, average kids have been lost to science. Paul’s changed that by making the subject relevant and introducing teamwork. We’ve been talking for years that we need to change the way the curriculum is taught and Paul’s work shows that working in teams is important. In life, people work in teams and he also gets the kids thinking and developing self belief,” says Mr Inger.

“Paul’s work has a far reaching impact of educational significance,” he says.

For Dr Lowe, the reward is in seeing students develop a love of science.

“I love research and finding out new things. With my students working on such a huge range of projects, I get to learn lots of new things as well. I simply guide them and help them find people from the scientific community who are so willing to help young people.