The 2018 Prime Minister’s MacDiarmid Emerging Scientist Prize Winner is Dr Peng Du from The University of Auckland. Dr Du is a senior research fellow in the Gastrointestinal Research Group at the Auckland Bioengineering Institute. 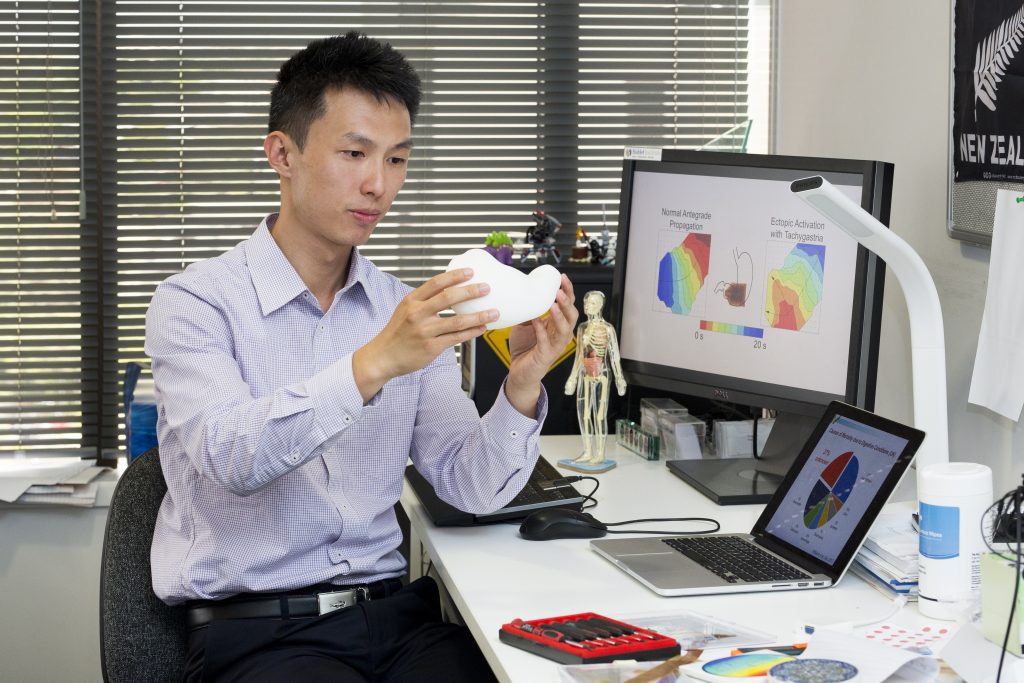 A bioelectrical event is associated with every muscular contraction in the human body. Accessing and interpreting these events informs the health or disease of a number of vital bodily functions. Peng is a leading researcher in mathematical modelling in gastrointestinal electrophysiology; using this knowledge to invent a series of devices, which lead the world in clinical research of gastrointestinal, or gut, electrophysiology.

The experimental data gained with his approach is unique and immensely interesting to physiologists and gastroenterologists, many of whom have written extremely influential editorials based on his work. Dr Du is paving the way for understanding the mechanisms contributing to abnormal electrical events in the gut.

The panel felt that Peng’s approach is very impressive and a great example of leading-edge New Zealand science and is at the cutting-edge of engineering and medical science and is creating both new knowledge and impact by contributing to interventional medicine.

Dr Du has already received many accolades and awards including a Marsden Fast Start Grant, a Rutherford Foundation NZ Post-Doctoral Fellowship and in 2015 awarded a Rutherford Discovery Fellowship.

Dr Du has an outstanding record of scientific publication, as well as promotion of education and research. He has been invited to international conferences to talk about his research and is a clear and excellent communicator. Dr Du also initiated, curated and hosted an Art of Bioengineering exhibition in Auckland to promote research in biomedical engineering and engineering science to the public.

To use Dr Du’s own words in science one should always ‘expect the unexpected’. He has clearly lived by his words in the application of his science.